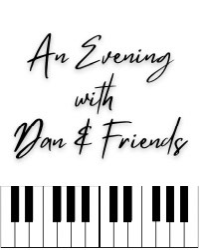 An Evening with Dan & Friends

After appearing on your screens on several Tuesday evenings over the past couple years, Dan will be live and in-person at SLOC in June! Come on out for an evening of your favorite songs, old and new, by the likes of Elton John, Billy Joel, Dave Matthews, John Mayer, Simon and Garfunkel, and several others, as well as some musical theatre favorites. Dan will also be taking requests during the second half of the evening, and he might also bring some friends along to join in the fun on stage!

Buy To This Event Directions